I can recall the first time I saw the film Vertigo, such a gripping story with an element of Pygmalion in the way Jimmy Stewart’s character Scottie remakes Kim Novak’s character to be the phantom he still is in love with. As compelling as the story was, it was the view into the haunting beauty of Muir Woods that took hold of me and still I yearn to see it again and again. I found out later that in fact that bit was filmed at another California State Forest, but still beautiful all the same.

Before I was born my parents lived in the western United States. They returned to their roots in the east shortly before my birth. Consequently, my vision of the Redwood forest was shaped by their home movies and of course Alfred Hitchcock’s portrayal of it in his amazing film Vertigo.

My only real life connection to such an awesome forest was right here in the mid-Atlantic in a state forest in the heart of Pennsylvania. Many were the summer days we spent hiking in the woods of Trough Creek near Balance Rock and Rainbow Falls. Edgar Allen Poe is reputed to have spent time in the area and in fact a cliff wall is named Raven Rock because of his poem and his local connections.

As an adult I have the memories of my childhood summers in those lush woods under blue skies, but being an adult I also have had the opportunity to visit Stinson Beach and hike the trails of Muir Woods. Both are spectacular monuments to our continent’s wild beauty. We take time at this season to give thanks for the bounty we have been given; regardless of our spirituality. On that theme and with November being designated as Native American month, perhaps it might be a chance to visit those places still wild and free that have not been paved over or strewn with decorations, because nature, real nature doesn’t need any tinsel or glitter. 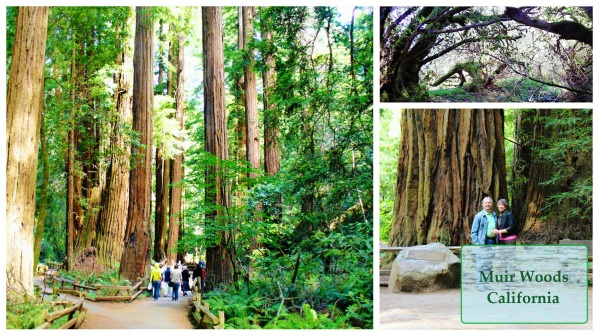